On a beautiful morning on July 7th, the BBQ Bus Smokehouse officially opened its doors to the public. This was the culmination of a dream, as owners Che and Tadd Ruddell-Tabisola opened their first brick and mortar store six years after leaving their 9-5 jobs to go into business for themselves as BBQ Bus food truck owners.

Congresswoman Eleanor Holmes-Norton cut the ribbon at the grand opening of the BBQ Bus Smokehouse at 5830 Georgia Ave. NW.

He continued, “We’re always excited when we welcome new businesses, especially to Upper Georgia Avenue where so much growth and investment is coming with Walter Reed, Petworth and Georgia and Eastern Avenue.  We’re so glad that Che and Tadd are here to be a part of the progress.”

Delegate Norton opened her remarks with humor: “If anybody wonders why I’m up here for this ribbon cutting, it’s because they don’t understand how much I love barbeque! But seriously, we are here today to celebrate Tadd and Che’s entrepreneurial spirit. Their idea and their product was so good that they beat their competition in the streets, and they beat it so well that they were forced to come indoors.”

“We are here because we’ve been able to stand on the shoulders of giants,” said Che Tabisola, co-owner of BBQ Bus with his husband Tad. Throughout our history street vending has always provided a means for small business ownership and independence. BBQ Bus Smokehouse is the latest of more than two dozen food truck businesses that have gone on to open brick and mortars since the modern food truck industry entered the DMV area in 2009.

We wish the BBQ Bus Smokehouse many years of success.  Check out our previous story on the restaurant here. 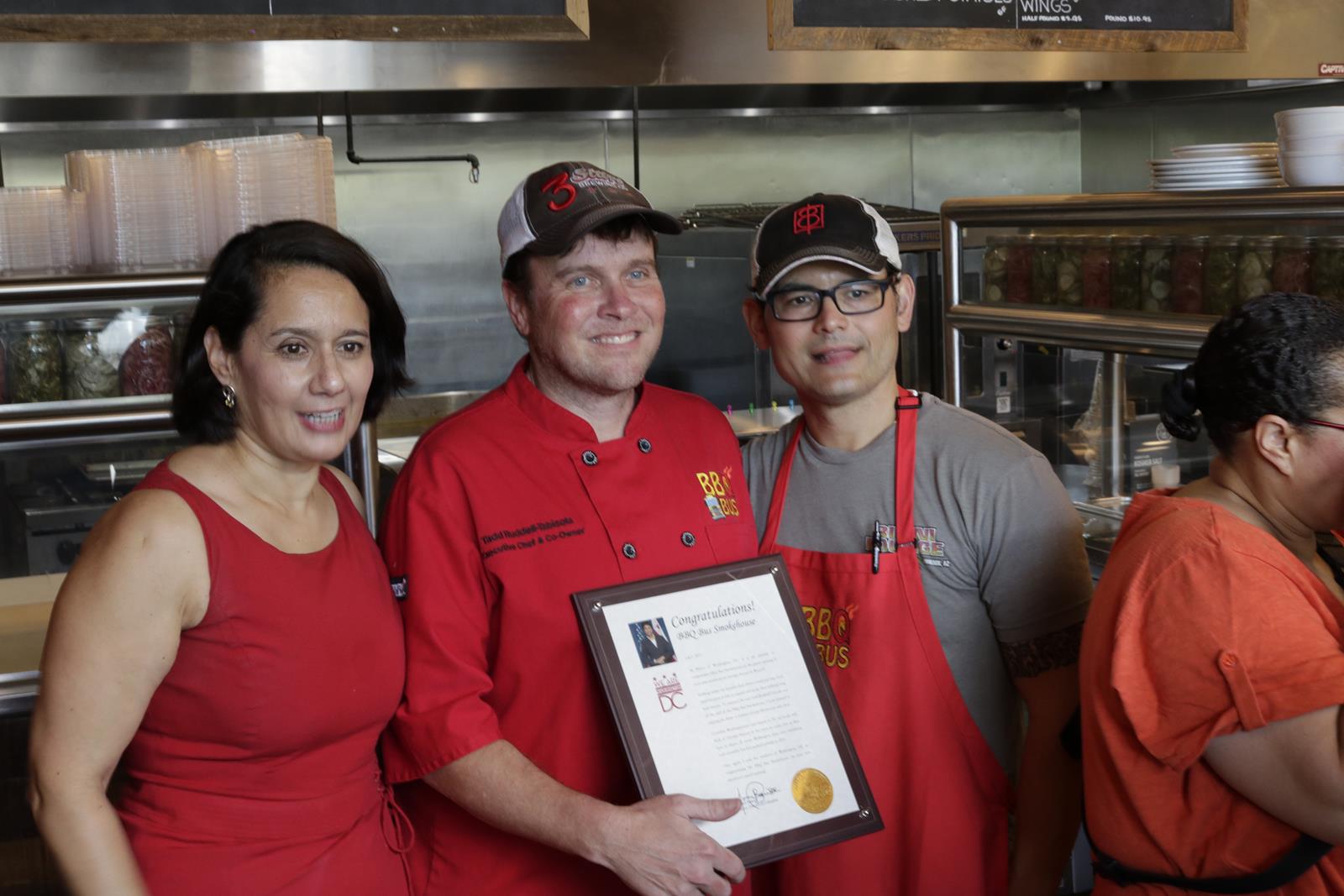 Search for the Best Ribs in DC, Part II

May 7, 2018 Christopher Alexander No Comments

September Update from ANC 4B02